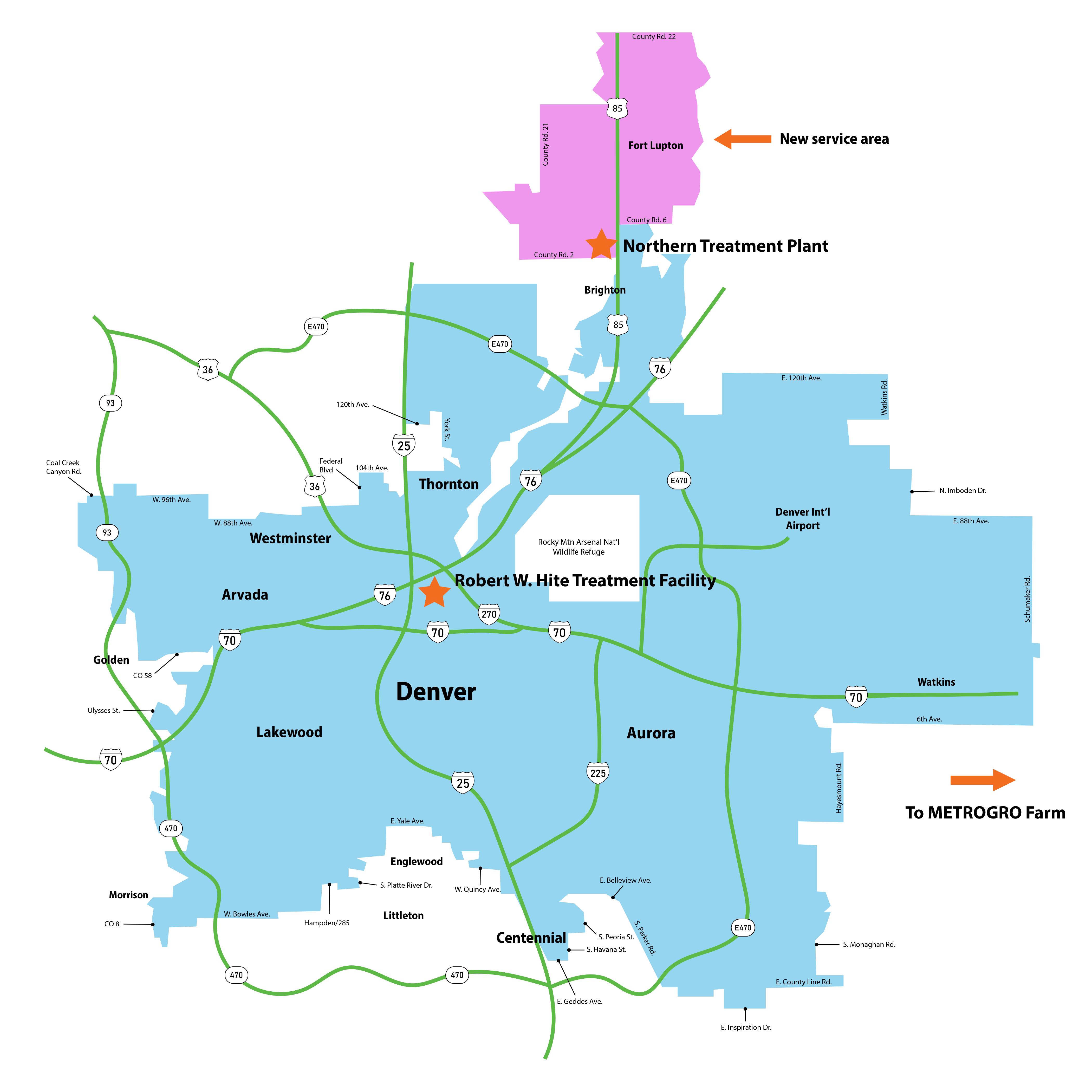 “Positioning Fort Lupton for the future, our inclusion with Metro is a positive move for our citizens and businesses. Metro’s voice when dealing with Colorado’s regulatory agencies is far better heard than ours alone,” said Mayor Zo Stieber-Hubbard.

Metro will accept Fort Lupton’s flows at its Northern Treatment Plant in Brighton no later than December 31, 2025, with the option to extend the connection by one year to December 2026. The agreement was signed on June 7, 2022. Metro’s service area now extends to the north of Brighton and straddles both sides of U.S. 85.

Anchored along the South Platte River and established as a trading post in 1836, the City of Fort Lupton has served an important role in Colorado’s history for nearly 200 years. With a population of 7,995 (2020 census), Fort Lupton maintains a small-town atmosphere with a high quality of life within commuting distance to larger population centers – including Greeley, Denver, and Fort Collins.

Located in Weld County, Fort Lupton is home to the South Weld County offices, the Fort Lupton campus of Aims Community College, and the Colorado Army National Guard. The City of Fort Lupton operates the Coyote Creek Golf Course, a recreation center, the public and school library, and its own water and sewer treatment plants with approximately 192 employees.

Metro (formerly Metro Wastewater Reclamation District) was formed under Colorado law in 1961 and is the largest wastewater treatment facility in the Rocky Mountain West. Metro works with 61 local governments, including cities, counties, sanitation districts, and water and sanitation districts. They, in turn, provide retail wastewater service to approximately 2.2 million people in an 805 square-mile service area in metropolitan Denver.